Today Infusionsoft published their 2014 Small Business Market Survey, based on research conducted by Yours Truly. Their post and the full report share a wealth of insights, which I encourage you to check out. But I’d like to talk about WHY they did the research they did and WHY it’s different.

Infusionsoft serves small businesses — that’s their DNA and their mission. Historically they viewed their customers and prospects by industry, hoping to tease out their needs based on whether they were a life coach or a business consultant, a medical practice or an online retailer. Last year we worked with them to conduct an attitudinal segmentation of their customers, revealing that users view their marketing acumen and needs very differently. (You can read more about the 2013 study here.)

The insights gained from the 2013 study have proven extremely helpful to Infusionsoft in identifying the challenges that their customers and prospects face regarding marketing automation, and have resulted in a wealth of new programs and support initiatives to help them overcome those challenges.

For the 2014 study, Infusionsoft wanted to learn more about small business owners, why they became entrepreneurs in the first place, and how they feel about the experience, its benefits and challenges. This study is unique in a number of ways:

Infusionsoft specifically wanted to hear about the experiences of not only their users, but also a large group of small business owners who have never used Infusionsoft. The 2014 study includes a group of over 400 owners of American small businesses who were specifically screened to meet this criteria. In this way Infusionsoft has not only learned more about their current customers, but has also gained insight into the larger community of SMB owners.

The world is not lacking for research about small business owners. But few of these studies reveal the wide range of attitudes driving this population, instead focusing on aggregate data about their age, income, gender and other demographic factors. The Infusionsoft study reveals that attitudes, experiences and challenges differ widely within this group, but are not associated with most of these demographic differences. The attitudes hint at deeper truths about this population which are virtually invisible through the lens of superficial demographic descriptors.

Many studies attempt to parse meaning from aggregated data. In our study, for example, we saw that just over one third of small business owners say that they have considered closing their businesses. However, the attitudinal segmentation revealed that this figure was only 26% among Legacy Builders, while it was double that percentage — 53% — among Struggling Survivors. Without the segmentation, the issue of potential closure might be viewed as affecting a minority, while for one segment is a critical issue affecting more than half the segment members.

The study found many areas in which the aggregate data masks a critical goal, challenge or need among large groups of respondents. Simply put, aggregation masks the truth rather than revealing it.

As a core part of their mission. Infusionsoft truly wants to serve the broader community of small business owners. Seeking to understand the real reasons behind entrepreneurship, and the associated challenges, gives them insight into an undercurrent within this community that isn’t visible on the surface. Armed with this information, Infusionsoft focuses its efforts to support entrepreneurs based on their goals, not just Infusionsoft’s assumptions about what those goals might be. 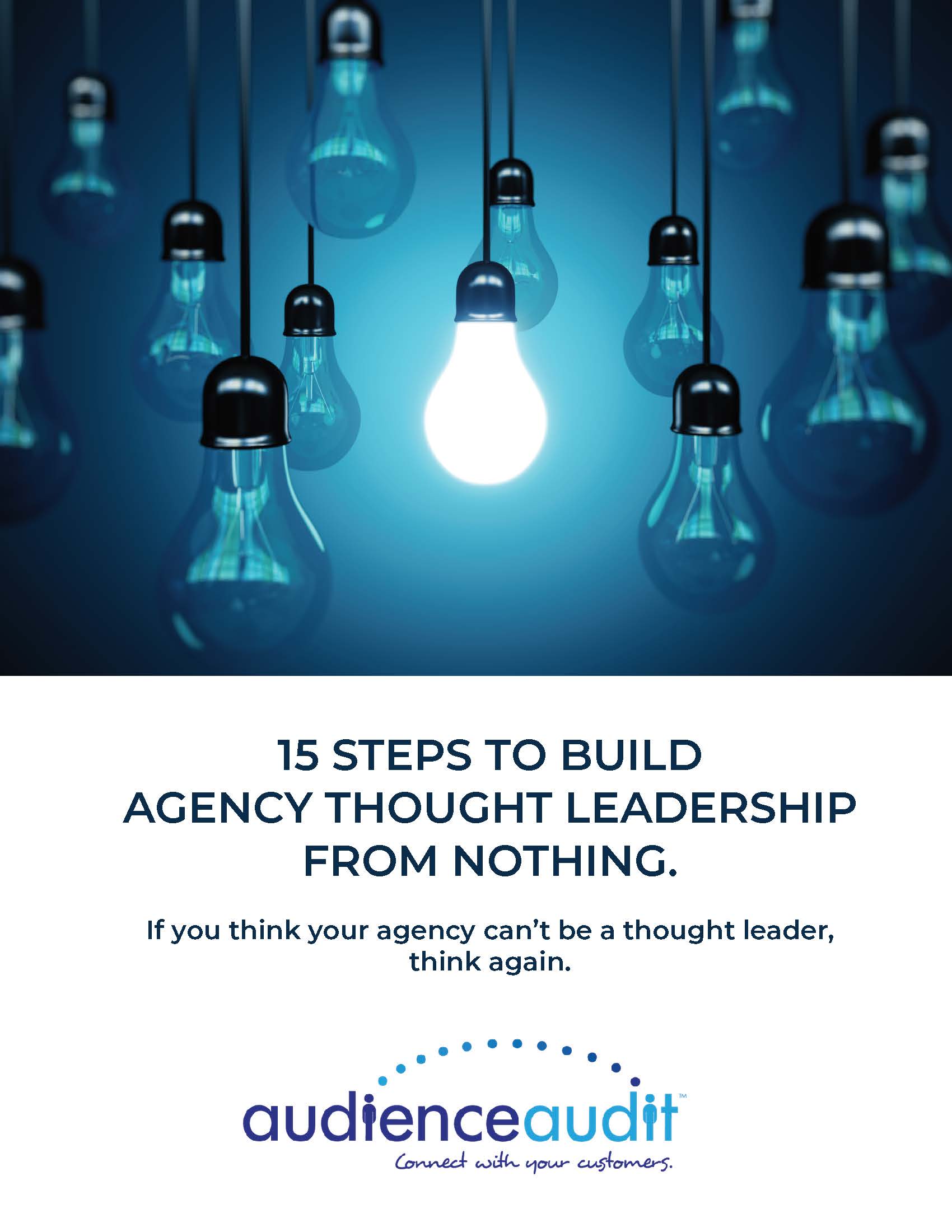 Download 15 Steps to Build Your Agency Thought Leadership from Nothing!

Follow a process that's built for agencies - and works.